Gastric bypass is the most frequently performed weight loss procedure in the United States of America.

Combined gastric bypass surgery is called “combined” because not only the size of the stomach but also the length of the gastrointestinal tract is reduced. A small pouch (15–30 ml in volume) is formed from the upper part of the stomach.

The size of the stomach is reduced by almost 90 %*, therefore onetime food intake capacity decreases significantly, and the patient feels early sensation of fullness. Normally, food passes from the stomach into the small intestine which absorbs major proportion of nutrients as well as calories. The remaining food further passes into the large intestine. During the gastric bypass surgery, reduced stomach is connected directly to the middle part of the small intestine, thus bypassing the remaining gastric body and the upper part of the small intestine (duodenum). The procedure shortens the “path” of food through the gastrointestinal tract, and therefore less of it is absorbed. The extent of intestinal “bypass” is chosen according to patient’s BMI. 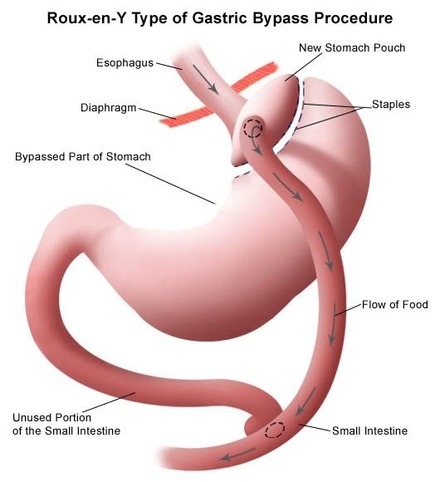 An anastomosis is a surgical connection between an intestine and the stomach or between two intestinal parts using special staples or sutures. Due to inappropriate healing of such connections, following complications are possible: 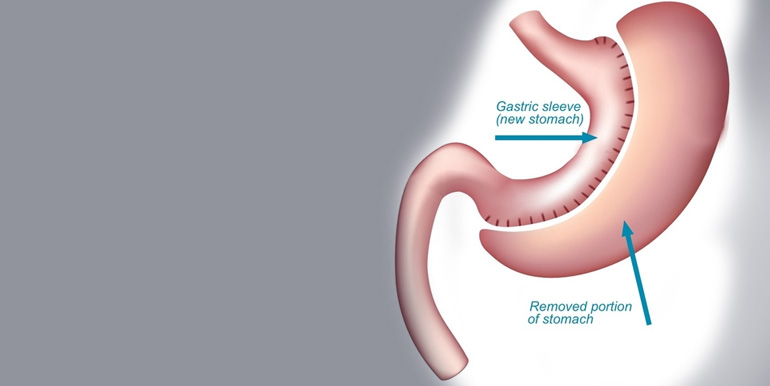